It’s now close to a decade– 10 years!– since this gem of an anime series was aired and it remains, to this day, one of the best shows there is. This anime is definitely in my top 5.

Originally a light novel written by Honobu Yonezawa and published in 2001, this 22-episode slice-of-life/mystery show revolves around high schooler Houtarou Oreki and the members of the Classics Club.

Right off the bat, we’re introduced to colorful array of vibrant animation and lively students. It’s the first day of school and everyone is excited to see each other again. Just a little way from the main entrance of the building, the school clubs are clumped together and eager to recruit new members. It’s spring and the cherry blossoms are dancing with the wind. Everyone is in a good mood. It is contrasted, however, by a fantastic yet gloomy monologue from our protagonist.

As if his monologue isn’t depressing enough, he fortifies it with his motto:

That pretty much sums up Oreki’s personality. He’s an alright student, with alright grades, and an alright life. His philosophy is “energy conversation.” He even prays for it in a shrine.

But his plans of an energy-conserving life is put to the test when her sister, an alumni of their school, commands him to become a member of her beloved Classics Club (their school has a rule of club termination when there are no members).

This is where the fun starts.

In the club, he meets the fun-loving and highly-curious Chitanda who is also interested in joining the Classics Club. Along with Mayaka and Satoshi, they solve a 45 year old mystery with the club’s history as one of the major clues.

For anyone planning to watch this who are college and above, Hyouka brings a sense of nostalgia to high school life. Obviously, this has been created with the Japanese high school and culture setting in mind. Yet, it does cover universal themes which I believe happen in just about any high school society. We have the studious student, the person who knows the deal about everyone else, love confessions, trips with schoolmates, the popular kids, and the student government.

Hyouka, along with Slice of Life, is always categorized in the Mystery genre. Apart from the 45-year-old controversy, Oreki and the gang solve other peculiar cases that happen at school. Everything is kept light and quotidian. But the impressive writing, a light touch of philosophical ideas, along with the great animation give fresh perspective.

Herein lies the uniqueness of the show.

What I like about Hyouka is that it exemplifies the nuances of a genre. We are conditioned to think that “mystery” might automatically mean Sherlock or its anime contemporaries B: The Beginning or Deathnote or Detective Conan. Hyouka isn’t that type. Nor does it try to be. This is a kind of mystery within a spectrum of ‘mystery.’ It’s unpretentious; a high school life with riddle problems and drama coupled with nostalgic Slice of Life.

But as with every show, its sweet opening song should give us a clue of what it explores and tries to accomplish.

And speaking of songs, Hyouka also blends western classical music in the background. It’s a sweet combination of east and west.

Personally, I like this show mainly because of Oreki’s personality.

In my country, and I suppose with most countries, being extroverted and smiling all the time and being proactive is not only the way to go, it’s what’s taught and what is encouraged. Oreki, with dry yet funny unassuming self, reminds us that not everyone is like this.

One of the best few episodes of Hyouka is during its School Festival where everyone is all geared up… except Oreki. He masterfully crafts a way that he would participate with the least amount of effort possible.

I highly recommend this show. Just take it for what it is: a sweet and serene anime about kids making the most of their high school life!

All episodes of Hyouka are available on Youtube, Muse Asia.

Oh, and by the way, Oreki is my profile picture ^^ 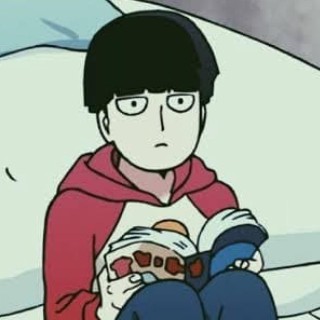